Homelessness is Not Just About Sleeping Rough

The UK is experiencing rising levels of rough sleeping and homelessness. There are clear parallels in Australia, too. As a UK academic researching homelessness, who recently attended Australia’s National Homelessness Conference in Melbourne, I know that both nations must be keen to find an effective response to this extreme form of poverty and exclusion. But answers will remain elusive, until everyone can understand its causes. 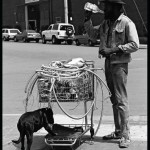 Policies to end homelessness often focus on ending rough sleeping – just like the UK government’s recent rough sleeping strategy. But the thing about people sleeping rough is that they can look, feel and sound different to “ordinary” citizens. And these perceived differences can be seized on to justify certain approaches to the problem – from punitive to progressive.

But US research, investigating how homeless people use services over time, has shown that problems such as mental illness, addiction and poor health are confined to a minority of people, who experience long term and repeated homelessness. Similar findings have been reported in Australia and the UK.

For instance, in England, in the autumn of 2017, there were 4,751 people sleeping rough, compared with 121,340 children in temporary accommodation, who are legally defined as homeless. And this does not even account for those who are sofa surfing; who lack their own front door, private space, physical security or any legal right to anything that could really be called a home. These people are difficult to count, but studies of the experience of homeless people show us they are there.

So, rough sleeping is a relatively unusual form of homelessness in the UK, and in Australia.

Not a choice
As homelessness worsens, it’s time to challenge the narrow views of the issue, which are driving the current social and political responses. Homelessness is not just rough sleeping and it is not just experienced by people with complex needs such as mental illness and addiction.

All too often, sleeping rough is not associated with economic and social causes. Instead, it’s widely believed that people sleep rough because they’re ill, or because they have “chosen” to be there. The role of low paid and insecure jobs, a welfare system that does not pay enough to live on, domestic violence and, perhaps above all, a lack of affordable, adequate homes often don’t appear in discussions about homelessness.

Yet countries such as Finland, which have extensive welfare, social housing and public health systems, as well as well-organised, well-resourced and integrated homelessness strategies, do not have rough sleeping – or homelessness more generally – in the same way that the UK or Australia do.

The real causes
There’s further evidence that the prevailing view of homelessness is distorted. Long term and repeatedly homeless people tend to fall within certain age ranges; they tend to be people who were young during periods of economic downturn – that is, in their 20s and 30s, unable to exit homelessness, and then who are all in middle age 20 years later. This challenges the idea that being homeless is just down to individual characteristics – if that were the case, you’d expect homelessness to be randomly distributed across age groups.

What’s more, the Women’s Homelessness in Europe Network has pointed out that the focus on the apparently disproportionately male population of rough sleepers excludes lone women with sustained and recurrent experiences of homelessness, who need lots of support, but who often sofa surf rather than sleep rough. Most homeless families are led by lone women parents, who do not have severe mental illness or addictions – their homelessness is often associated with domestic violence.

Rough sleeping is real. But so too is every poor person and family, living precariously without a settled home – and their numbers are greater. For this reason, rough sleeping should not be the sole target of homelessness policies. Countries ranging from Finland to the US focus attention on sustained and recurrent homelessness — associated with very high support needs – all of whom need assistance, not just those on the street. This includes people who get stuck in what are meant to be short-term homelessness services, unable to move on.

Prevention is also crucial, and there is scope to build on longstanding policies and support the revolutionary changes in Wales and in England, which will make prevention much more accessible and extensive. And it’s critical to ensure there are enough affordable homes, because so much of tackling homelessness is ultimately about having enough of the right sort of housing available to people on low and uncertain incomes.

Governments which focus on rough sleeping and fail to challenge the widely held assumptions about homelessness are missing the bigger picture. They do not understand what homelessness really is, the scale of the problem and the day-to-day realities of homeless people – let alone what we, as a society, should be doing to solve it.