HUMANE EXPOSURES explores the quality of daytime TV for young mothers with children at home, or for children and teens coming home from school and turning on TV as they have a break between school and homework. Or are all kids in afternoon sports?

Get My School Bucks: An Innovative Web Effort Supporting Education

Did you know that you can help a struggling school simply by shopping? Chad and Melinda Reist of San Diego have created a way for you to do just that, on a website called GetMySchoolBucks.com.

Back in April, KFMB TV Channel 8 ran a story about their efforts, which explains how it all works:

‘We don’t want our younger ones to not have the education they should have,’ Melinda said.
Their solution: a web site that offers discounted gift certificates. Any company interested offers its services on getmyschoolbucks.com at 20 percent off, and any customer interested purchases it at five percent off. The web site takes its cut and the rest goes back to the schools.
‘Essentially it’s money you are already going to spend, so before you head out to dinner with the family, might as well save five percent and give five percent to the schools,’ Chad said.

Sounds like the Reists are on to something. Everybody likes to save money, particularly when the economy is such a mess, so offering coupons is a great way to get people to participate. Adding in the socially conscious element that so many Internet-based efforts are exhibiting these days should really give it legs.

The Reists are not the only parents concerned for their children’s educational future, especially in San Diego, where the state of the school board is continually chaotic. As we’ve stated on numerous occassions, many of the social ills we face are directly related to poor education. There is a plethora of studies linking it to both crime and homelessness, and, while not the sole cause of either, it is still cause for grave concern.

San Diego’s School Board: A Long and Winding Road to Change 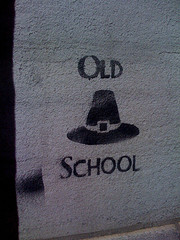 So many of our societal ills can be traced back to failures in the American educational system. Thus it is vitally important that we take an interest in that system and how it’s functioning.

Emily Alpert, a blogger for Voices of San Diego, recently presented an in-depth analysis of that odd system as well as the critiques it has drawn from both sides of the political aisle. Here is a small sample:

Here is how the unusual system works: Candidates like Rosen and his opponents have to survive two elections. In the June primary, they battle in one of five smaller subdistricts. The top two candidates then advance to the November election, where the entire school district votes.

But it was actually the same way that San Diego used to elect its City Council. Even though the city has no power over the school district, schools’ election rules have been laid out in the city charter since 1939.

Voters scrapped that system for City Council 22 years ago, replacing it with district-only elections to ensure that minorities had a better shot at being heard.

But the system stayed the same for the school board — and attracts the same criticisms.

Alpert then goes into a detailed examination of views on all sides of the equation. Here are a few that  she shares in her article:

San Diegans 4 Great Schools, a group that includes philanthropists, business leaders and parents, argues that the existing school board system is outdated and blames it for the revolving door of superintendents that San Diego Unified has suffered in recent years.

Organizer Scott Himelstein says a small school board with five members can swing too easily in a single election, changing the whole direction of the school district in a snap. His group has quietly discussed the idea of adding four new, appointed members to the board.

This would bring it more in line with the rest of the state:

Most school boards in California have five members, but almost all of the large school districts elsewhere in the country have larger boards with seven or nine trustees.

Anyone interested in social issues should take a look at Alpert’s article (link below under “Sources”). Most social ills seem to be rooted in childhood, and education is a vastly important part of that. Issues at that level all too often blossom later in life into homlessness, criminal activity, and substance abuse. As a result, examination of the system and exploration of the methods that can improve it are vital.

Source: “The Unusual Road to the San Diego School Board,” Voice of San Diego, 09/06/10
Image by Adam Pieniazek, used under its Creative Commons license.
Visit Us on Facebook: Humane Exposures Publishing , downTownUSA, Maggots in My Sweet Potatoes, It’s More Expensive To Do Nothing 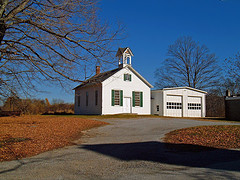 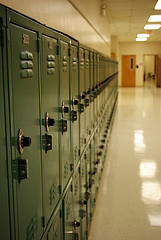