New Jersey announced the implementation of the Juvenile Detention Alternatives Initiative (JDAI) in all of its 21 counties. That process, which began in 2004, has led to dramatic reductions in juvenile detention center populations.

In the 1990s, New Jersey experienced dramatic increases in the use of secure, institutional detention for youth – as did states across the country – despite decreases in juvenile delinquency. By 1996, New Jersey’s county- 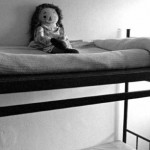 Understanding the ramification of this – namely the unnecessary use of secure detention with lasting negative results as well as the over representation of youth of color – the Juvenile Justice Commission embarked on what seemed to be an overwhelming challenge – to reform the juvenile justice system.

After implementing the Annie E. Casey Foundation’s Juvenile Detention Alternatives Initiative in phases, the JJC announced that the statewide implementation of this reform initiative has changed the face of juvenile justice in the state.

In 2004, the Annie E. Casey Foundation selected New Jersey to be among the first states to replicate JDAI, which historically had been a county-drive

In 2008, as a result of the impressive outcomes achieved through JDAI, New Jersey was named a State Model Site for detention reform by the Casey Foundation. Since that date, representatives from 17 states have traveled to New Jersey to learn about the state’s experiences and success with JDAI implementation.

The transformation of New Jersey’s juvenile justice system is nothing short of remarkable. Due to the leadership of the JJC and the ongoing efforts of many partners including the judiciary, law enforcement, public defenders,

county government, advocates and other stakeholders, and with the support of the Annie E. Casey Foundation, New Jersey has become a national model for reform.

By focusing on prevention and the principles of JDAI, this collaboration has allowed tens of thousands of young people to remain at home receiving appropriate services – all as the juvenile crime rate continues to decline.

person will have continued involvement in the juvenile justice system. When possible, it is best to keep young people at home with their families and provide the services necessary to provide support and to help them avoid risk-taking behavior.

The JJC is the lead agency for JDAI implementation in New Jersey, providing the management and staffing infrastructure integral to New Jersey’s success. The New Jersey Judiciary is a critical partner in the work, and with the JJC, has provided the leadership needed to achieve the success that has brought New Jersey national recognition. Nationally JDAI is operational in more than 300 local jurisdictions spanning 50 states.

As detailed in the JDAI 2017 Annual Data Report, which includes information for the 19 counties that were active in 2017, the average daily population of

juvenile detention centers decreased by almost 70 percent since 2003, resulting in 7,951 fewer youth admitted to detention annually – and tens of thousands of fewer youth since the implementation of JDAI – all while meeting public safety goals.

The decline in numbers has allowed several detention centers to merge. At the start of JDAI there were 17 county-operated detention centers in New Jersey. Today there are nine, resulting in approximately $21 million in annual cost savings per year.

New Jersey’s juvenile justice reform continues, with specific focus on minimizing racial disparities in the system, increasing opportunities for the diversion of low-level offenders into community-based programs where they can obtain needed services, and the strengthening of partnerships between schools, the juvenile justice system and other stakeholders.