Blueprint for Student Success: Did It Work? 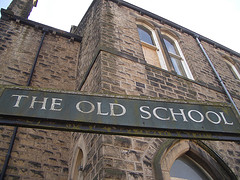 It is no secret that American schools are in deep trouble. Programs touting major turnarounds in the system seem to pop up regularly in urban and rural areas everywhere. No Child Left Behind (NCLB)  is one of those programs, one which has received both positive and negative press. Today, we are going to take a quick look at one of NCLB’s early attempts: The San Diego Unified School District‘s short-lived “Blueprint for Student Success.” A new evaluation of that program has been released by the Public Policy Institute of California, addressing the ongoing debate about that program’s effectiveness.

The Blueprint for Student Success ran from 2000 to 2005. It included a variety of  interventions: pedagogical coaches for teachers, extended school days and school years for students in schools with low reading performance, summer intensives for those with poor English skills, and double- or triple-length English periods. High sounding words indeed, but what reality did the program leave in its wake?

Reporter Sarah Sparks, who has covered the education beat for over five years, reports on in her article in Education Week:

San Diego’s turnaround story had all the hallmarks we’ve come to know: high-profile superintendent Alan Bersin and his New York City transplant-turnaround specialist Anthony Alvarado pushed wholesale changes; a furious teachers union protested the ‘my way or the highway’ terms; parents feared the intensity would frustrate and disengage students and the reading focus would hamstring students’ progress in other core subjects. After budget cuts and a school board election shake-up, funding for the blueprint programs dried up and Bersin was driven out a year before his contract expired.

Yet five years later, University of California, San Diego economics professor Julian Betts and his team have released a calm, nuanced evaluation of both the interventions’ effectiveness and the validity of the criticisms that led to its demise. The researchers found the interventions did not lead to lower scores in math, though they did lead to high school students taking fewer foreign language courses. The programs did not cause more students to miss school or drop out. And the overall effectiveness was a mixed bag.

Betts states that the program was quite effective at the elementary school level, although extremely expensive. Results that showed up to a cumulative 12.6% increase were found in the middle school programs. Great news when viewed in a vacuum, but lets pull back a bit and take a slightly wider perspective. Sparks continues:

Moreover, [Betts] thought many of the ‘quite significant gains’ made in elementary and middle school would have been ‘eroded away by the negative effects in high school.’  The same programs so effective in lower grades — extended-session literacy block and core — actually brought down reading achievement for students in high school; for English learners, in particular, the block periods were associated with a drop of 4.9 percentile points a year.

The irony? Early budget cuts meant the extra funding and extended-year portions were cut from the blueprint after only a few years, while the detrimental extended sessions in high school stayed around for years.

That certainly changes the perspective now, doesn’t it?

Source: “Autopsy of a Turnaround District,” Education Week, 08/19/10
Image by dullhunk, used under its Creative Commons license.
Visit Us on Facebook: Humane Exposures Publishing , downTownUSA, Maggots in My Sweet Potatoes, It’s More Expensive To Do Nothing