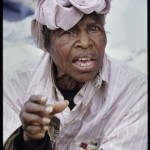 Criminal defendants with mental illness who commit minor crimes are too often ending up behind bars, according to Connecticut defense attorneys, who say there are not enough mental health services or inpatient beds available for them. According to a report by the Virginia-based Treatment Advocacy Center (TAC), 95% of the U.S. public psychiatric beds available in 1955 were no longer available by 2005. Between 1995 and 2013, the number of inpatient psychiatric beds, at both public and private hospitals in the U.S. decreased 33.4%, from 160,645 to 107,055.

In a related issue, mental health services providers and advocates also worry the $160 million in cuts in the budget now under discussion in the legislature will result in an increase in the arrest of people with mental illness.

Supervisory Assistant Public Defender Bevin Salmon, finds it is frustrating to see his mentally ill clients incarcerated because there aren’t enough treatment spots for them:

I’ve been doing this for about 13 years, and it has been a constant problem. Having more treatment options in the community is a good thing, instead of warehousing them in jail. Judges can be reluctant to release an individual with mental health issues without treatment, even if the charge is minor. I wish there was more housing for defendants with mental illness, because now there is a waiting list, so people end up in prison if no relatives can take them.

This problem, across the country, is severe with both mentally challenged men and women. Today, about two-thirds of incarcerated females, sentenced or unsentenced, have a serious mental illness.

Mary Kate Mason, a spokeswoman for the state Department of Mental Health and Addiction Services, said the agency serves 110,000 people a year and provides services ranging from community-based, outpatient services to partial hospitalization to inpatient care. She reports:

As many hospitals have closed, community services have improved to help people living there. We have a huge range of services that are available that individuals can have access to if needed. The whole system has made a change—we know we don’t need to keep people hospitalized.

But Kathryn Cohen, legislative and policy counsel and Connecticut advocate with TAC, said community psychiatric care exists for fewer than half the patients who need it. According to Cohen, the number of individuals with serious mental illness in prisons and jails now exceeds the number in state psychiatric hospitals by tenfold:

Prisons are becoming our de facto psychiatric hospitals. Prison and jail officials are asked to assume responsibility for the nation’s most serious mentally ill individuals, despite the fact that the officials did not sign up to do this job, are not trained to do it and face severe legal restrictions in their ability to provide treatment for such individuals. And yet are held responsible when things go wrong, as they inevitably do under such circumstances. The solution, is to maintain a functioning public mental health treatment system so that men and women suffering from severe mental illness do not end up in prison.

TAC also advocates for jail diversion programs and the use of court-ordered outpatient treatment to support at-risk individuals so they can live successfully in the community.

Panhandlers are a common example of chronic low-level offenders who often suffer from mental illness. They can prompt complaints to police from merchants, resulting in arrest. But then they often get out and return to street begging.

It would be beneficial for prosecutors to have more knowledge up-front about the defendant and alternatives to incarceration available for them. Prosecutors may then decide not to prosecute them, or to release them and delay their court case until they have successfully been referred to a program.

Michael Lawlor, Undersecretary for Criminal Justice Policy and Planning at the CT Office of Policy and Management, says:

Putting non-violent, low-risk people in prison will make it worse. The vast majority of these people are in jail for a short period of time, one to three months. Incarcerating them is expensive because of their health issues. It is a big demand on correctional staff, and there is no real public safety value to it. They may be more of a nuisance than a danger. In this category, there are a lot of veterans with post-traumatic stress disorder who are homeless. One goals is to give police other options, rather than just arresting the mentally ill individuals.

At the moment there are not enough services for police to refer people to. We are in a budget crisis. We are spending a lot of money providing healthcare to people in jail, and we could take the same money and provide more services in the community.

Some, but not all, police departments have officers undergo crisis intervention-team training to learn how to deal with nonviolent mentally ill individuals. This is more common in the Connecticut’s larger cities,

Some police are specially trained to deal with the mentally ill who are arrested for very minor crimes. But they have to have a network of community-based treatment centers to take them to, rather than arresting them, so they will be more likely to do so . One of the reasons the CT prison population currently is down is because police are taking more advantage of that option than they were before.

In New Haven, police Capt. Holly Wasilewski said the city Police Department has 116 officers who have undergone 40-hour crisis-intervention training, and the goal is to have all New Haven officers get it. Participants learn about mental illness, the mental health system, suicide assessment and prevention and how to de-escalate a situation:

It expands on what the officers learn at the academy. The more officers we have trained, the better. Sometimes people aren’t oriented and don’t know where they are, so we don’t arrest them if they aren’t harming anyone.

Louise Pyers, criminal justice project director with the National Alliance on Mental Illness of Connecticut, based in Hartford, believes that there are some very good services available, but individuals can often end up in the criminal justice system if they don’t know about them or lack transportation to them. “People are left to their own devices to try to find services and get connected,” Pyers said. “You need assistance and guidance to find what is out there.”

Currently, the CT legislature is considering a bill that would establish a pilot program to serve courts in New Haven, New London and Norwich to identify and track the mentally ill, along with homeless and addicted individuals entering the criminal justice system. The idea behind it is to get these individuals treatment and help as an alternative to incarceration and to prevent future arrests. The initiative is already in place in New London, but the proposal builds on that and calls for a formal assessment of its effectiveness.

Today a jail diversion program is active in all Superior Courts. Program staff evaluate individuals with mental illness and develop a recommended treatment program in lieu of incarceration for a judge’s consideration.