The American Civil Liberties Union of Florida, the Southern Poverty Law Center and the James Madison Institute were among the groups discussing this year’s iteration of the Caruthers Institute report “Stepping Up: Florida’s Top Juvenile Pre-Arrest Diversion Efforts” on a Tuesday morning conference call. 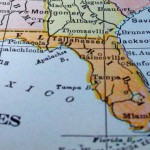 which conducts the study, said that juvenile civil citations have “widespread support across the political spectrum,” with conservatives and liberals agreeing that diversion is the best remedy for “common juvenile misbehavior.”

One major move: “civil citations” are now rebranded as “pre-arrest diversion” programs. “This language is both more expansive and more accurate – unlike traditional citations, juveniles who receive civil citations must report to a program that includes a needs assessment and sanctions beyond a simple fine.”

For advocates, this year’s report took a look at best practices and how they translate into results. Many of the conference call speakers noted that this approach is one with self-evident benefits, and spotlighted the intersection of smart “restorative justice” policy and the interests of taxpayers and policy makers.

Demographically, there is equity among both gender and ethnicity in the use of diversion. Utilization across the board is 58 percent, with Latinos topping out at 65 percent, and whites at 57 percent. Diversion is more likely in incidents in schools (75 percent of the time) versus incidents in the community (52 percent).

Scott McCoy, senior policy counsel of the Southern Poverty Law Center, said that “we’re doing better with the racial disparity problem,” though there are still gaps in schools.

According to the report, “As illustrated by past editions of this study, there has been a consistent disparity in the frequency at which students of color are arrested for eligible offenses at school.”

The issues with racial equity in school usage of this policy was the worst news of this report, which by and large shows strides, with evidence-based progress.

The state’s top three counties using pre-arrest diversion are Monroe at 97 percent, Miami-Dade at 95 percent and Pinellas at 93 percent.

Rural counties are laggards on this front, and there is room for improvement for next year’s report.

Caruthers noted that in top-performing jurisdictions, civil citation is a “presumptive norm” and that law enforcement training is annualized for veterans and part of orientation for new hires.

Many jurisdictions have utilization rates of 90 percent or higher, Caruthers said.

Monroe County was singled out for routing youthful offenders into diversion programs within 24 hours of the offense.

And diversion is effective as a deterrent. According to the report, only 4 percent of juveniles in these programs reoffended over the next 12 months.

The biggest barrier to diversion are arrests for domestic violence.

The report lauds Duval and Hillsborough counties for strides made from previous years, with memoranda of understanding driving a policy change.

“Duval County adopted a new memorandum of understanding in May 2017 expanding its use of pre-arrest diversion by defining eligibility, addressing the process of citing an eligible youth, and strengthening its Teen Court program. This has led to an increase in utilization from 27 percent in 2016 to 59 percent in 2017. The county had an average 90 percent utilization in the first quarter of 2018, positioning it to be a top performer in 2018,” the report states.

Duval had racial disparities in utilization that have abated, as of 2018, with increased usage, a priority of State Attorney Melissa Nelson that has become policy.

Michelle Morton, Juvenile Justice Policy coordinator of the ACLU, asserted the “increased advocacy … changed the culture,” turning around Duval’s approach to these issues.

McCoy noted that “racial disparity” issues have been mitigated in Duval due to “increased utilization” of diversion programs.

Hillsborough County, meanwhile, “adopted a new memorandum of understanding in August 2017 expanding its use of pre-arrest diversion by expanding the list of eligible offenses. The County continues to exclude 13 misdemeanors that are eligible in other counties.”

“The new agreement followed a one-year pilot study using pre-arrest diversion for marijuana possession. This led to an increase in utilization from 37 percent in 2016 to 50 percent in 2017. The county had an average 60 percent utilization in the first quarter of 2018.”