More Than 500 Well-structured and –run Juvenile Drug Courts are Reducing Recidivism and Alleviating a Range of Individual, Family and Community Problems 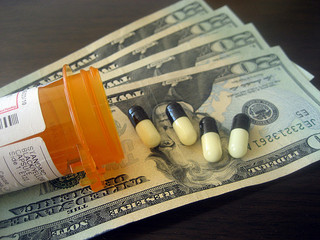 Because four of five juvenile crimes involve drugs, the first juvenile drug court program began operations in Key West, Fla., in October 1993. By June 2009 there were approximately 500 juvenile drug courts operating in the United States, and the number of them has continued to grow.

A National Institutes of Justice Report on Juvenile Drug
Courts found that in studies of 70 courts, recidivism went down for participants.

A major report from the U.S. Department of Justice’s Office of Juvenile Justice and Delinquency Prevention observed:

Professional personnel involved with these programs agree that juvenile drug courts exercise more intensive supervision over juvenile offenders than do traditional juvenile courts. It is believed that the rigorous monitoring of participants and the treatment and rehabilitation requirements of juvenile drug court programs promote a greater likelihood of success in reducing drug use and delinquent activity than can be achieved through most existing juvenile court processes.

Among the special attributes of juvenile drug court treatment services are:

The initial period of juvenile drug court operations brought to light a number of other special issues that were not readily apparent at the start. The nature of juvenile drug court participants’ substance use and other problems is complex, requiring the provision of an array of family services, specialized treatment, and other core adolescent services. Programs frequently report not only considerable substance use by youth but significant percentages of participants with mental health problems (particularly depression, fetal alcohol syndrome or effects, and learning disabilities) and physical difficulties. In many instances, the nature and extent of these problems do not become apparent until a juvenile has been involved in the program for some time. Ongoing and updated assessments are therefore essential.

The initial experience of juvenile drug courts strongly suggests that services need to be family-focused and complemented by a sound program of other core adolescent services. In addition, individualized treatment services usually need to be developed for participants. Programs also must enable participants to develop the capacity and the self-confidence to fill time previously devoted to drugs and crime with productive activity, thereby increasing the likelihood that they will lead drug- and crime-free lives.

In addition, a number of juvenile drug courts have been adopting the Multisystemic Therapy (MST) approach, which is designed to provide family-based treatment to reduce or eliminate the need for out-of-home placement. MST’s “family preservation” model of service delivery is based on the evidence-supported belief that the most effective strategy for helping substance-involved juvenile offenders is through improving intra-familial relations and assisting the family in providing the support structure that can function during and after the period of the court’s intervention.

The MST approach was developed in response to the lack of scientifically proven, cost-effective strategies designed to treat adolescent substance abuse. Preliminary evaluation of MST programs has indicated that, compared with traditional service, MST has been significantly more effective in reducing long-term rates of criminal behavior and also is considerably less expensive. Additional evaluations now in progress appear to corroborate these results.

Although Oklahoma Tops US in Female Incarceration, In Tulsa, the Muddy Paws Dog Grooming Program Has Had No Recidivism Among its First 84 Inmate Grads

A photograph of a cell block in the Wisconsin State Prison. (Photo credit: Wikipedia)

With the motto of “pets helping woman inmates shed their shaggy past,” Pets Helping People’s Muddy Paws program in Tulsa  has so far trained 84 incarcerated females from the Turley Correctional Center, Drug Court and Women in Recovery to be pet groomers and kennel technicians. Since then, none of them were subsequently arrested for crime.

Oklahoma leads the country in female incarceration, with nearly double the national average. The 2012 fiscal year annual report for the state’s Department of Corrections shows Oklahoma at a rate of 121 female inmates per 100,000 women, versus the US average of 65.

Each class rotation runs 40 hours each week for four months, at a cost of $7,000 per inmate student, but training is provided at no charge to the trainees. Pets Helping People (PHP) utilizes rescue and shelter dogs to teach grooming techniques, and this increases the chances for pets to be successfully adopted into a loving home.

Katheryn Pennington, a PHP board member and volunteer, said

The state needs to deal with the reintegration of these women into society, and PHP is helping to address this crisis. Muddy Paws graduates are employed in local businesses, pay taxes and participate in society. By learning a trade, these women have the dignity of supporting themselves and their families, thereby preventing repeat behavior. Investing in these graduates is an investment in the future.

The program, which allows another chance for many Oklahoma women who are willing to work for it, is expanding. Proceeds from a recent fundraising event will go toward a new grooming and training room at Muddy Paws.

Program graduate Brandi Navarro was in and out of trouble before she sold two Lortabs to an undercover cop. She landed in jail for three months before heading to Drug Court. After Muddy Paws training as a dog groomer and kennel technician, she was one of four ex-inmates who went to work full-time at a Tulsa shop called Shaggle Waggle.

When Navarro first came to Shaggy Waggle, she was shy and didn’t talk much, according to Dexter Stroud, who owns the grooming business with Dwynne Cook. Eventually, Navarro grew more relaxed as she became more proficient in her new skills.

I never would have thought I would be grooming dogs, but I’m really proud, and I feel really important to myself and others. I’m happy, clean and sober and feel like I have a purpose in my life now.

Perhaps your community would like to start an inmate training program in dog grooming or some other field. Everybody benefits, the women, the community and the shelter dogs.