On July 1, 2013, New London County, Connecticut’s homeless picture should change substantially as regional homeless services shift to the goal of “Rapid Re-housing.” This strategy will actually put the county ahead of new HUD goals that call for limiting the stay in a homeless shelter to no more than 30 days and reducing the number of people entering the shelter for the first time.

Many county homeless have some income but cannot afford pricey local rents and security deposits. The Hospitality Center is seeking funding to provide help ranging from bus fare to job interviews or a Social Security hearing to “topping off” someone’s monthly rent. Also, the area has a lot of derelict houses that could be fixed up for needed low-income housing, thereby also providing new jobs.

Homeless advocates and service providers agree that finding housing, whether it be supportive housing, shared apartments, transitional housing or even substance abuse treatment centers, is better than a lingering shelter stay.

I estimate that the cost per person per year to house someone in a shelter is $990, while the rapid re-housing cost would be $363 on average, with some needing very little assistance and others needing more funding.

“The Community Care Team might provide small rental subsidies to people at risk of becoming homeless to keep them in their current housing. Or the fund could help pay a security deposit or first month rent to a working homeless person needing an apartment.

Gomes said in one recent case a person had family in Massachusetts willing to provide housing and needed only the bus fare to get there. Another family was staying at a relative’s house but literally had no beds to sleep on, so the fund could pay for beds to keep the family intact. Instead of sending people to shelter this coming winter, a caseworker will work with the homeless person to find housing as rapidly as possible.

Facilities and organizations in New London, Norwich and other county towns are now thinking regionally to solve homeless problems.

Lisa Tepper Bates, executive director of the Mystic Area Shelter and Hospitality Inc. and coordinator of the family services portion of the New London County fund, said her group argued successfully before the legislature this spring for renewed funding of up to $250,000 per year for two years in the new biennial state budget.

According to statistics provided to the legislature, 65 individuals in the region were re-housed in less than six months, and the average nightly shelter census dropped more than 30 percent from 2011 to 2012.The percentage of long-term stays also dropped, with about 62 percent of shelter residents staying for 30 or fewer days and 20 percent staying for more than 60 days, a drop of about 10 percent.

A shelter is still homelessness. Staying in a shelter is a stressful time for adulthood, and doubly or more so for children. The faster we can help a family stay housed, the better we are as a community. The more families we can return to housing, the more we have done for those children. It’s profoundly important. There are very serious and potentially lifelong issues here. 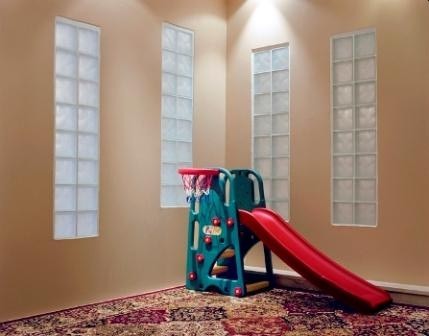 We cover a lot of prison issues on this blog. However, up till now, we’ve yet to touch on one of the most infamous prisons in modern American history — Guantanamo.

Award-winning photographer Edmund Clark is preparing to launch a show at the Flowers Gallery in London that features this very prison. The show is titled Guantanamo — If The Light Goes Out, and it takes a slightly different approach than the other photographers we’ve written about.

While most of the photographers we cover are working with images of inmates or the homeless, Clark purposefully has no humans in his photos. The photos are mostly of Guantanamo itself, with the images of the homes of some of the ex-detainees mixed in, giving a jolting dose of perspective.

When asked by Loredana D’Andrea at the London entertainment website Spoonfed about why he did not include portraits, Clark said:

I find that a lot of photographic portraits, you’re not really saying anything. All that’s going to happen is that the viewer’s preconceptions are going to bounce back at them. Some of the ex-detainees wouldn’t have taken part if I wanted to photograph them. I was absolutely adamant that this wasn’t journalistic; I just wanted to work in their homes.

I also think if I produced a set of portraits of ex-detainees from Guantanamo, most of whom are of Pakistani, Middle Eastern, African origin, I think a lot of people would look at those and say, ‘ooh look that’s what a terrorist looks like.’ The portraits would be completely dehumanised. They wouldn’t actually say anything about the individual — the spaces are much more evocative.

Addressing his first point, we must agree that there are many times when portraits don’t “speak” to the viewer. That is why we try to find and share with you those that do. It’s one of the reasons why we tend to look at creators like Susan Madden Lankford, who add elements of personal narrative to their works. The combination of the image and the subjects’ own words helps dispel the effect of reinforcing preconceptions.

As to Clark’s second point, it makes perfect sense. Removing the people themselves and simply presenting the context is a good way to communicate the message while (hopefully) managing to avoid the racial stereotypes that attend the issue.

In Clark’s own words:

[…T]he work ‘is not about monumentalising the historical fact of the camps, but evoking the experience of individuals caught up in events in a backwater of Cuba.’

And that, truly, is the important part — the human condition, the experiences of a daily life gone horribly off the rails.

We’d like to wish Edmund Clark success, not only with his art show but also with the release of his new book, Gunatanamo, If The Light Goes Out, which is due in November following the opening. To keep up with the news about the book and the show, check out Clark’s Facebook Page.

Source: “Guantanamo, If The Light Goes Out – An interview with Edmund Clark,” Spoonfed, 09/24/10
Image copyright by Edmund Clark, used with permission.