Nurturing in Early Years Has Direct Impact on Child Development 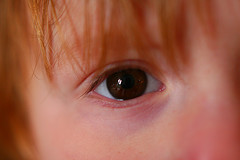 An oft recurring theme on the HUMANE EXPOSURES blog is the effect of parenting and environment on the early development of children. Studies of runaways and incarcerated juveniles show a correlation between those early years and the eventual path that the child takes as an adult.

Think of how frequently the topic of abuse or a neglect-ridden childhood comes up in court and in the studies of repeat offenders. Consider the personal narratives of the homeless and how much of a recurring theme these issues are in their plight.

Enter Notre Dame psychology professor Darcia Narvaez who has helmed a recent group of studies that confirm earlier work done in the field. The results suggest that children who get more physical affection during infancy turn out to be kinder, smarter, and more caring about others.
Maia Szalavitz, a journalist and author of some renown in this field, noted Narvaez’ work in her recent column on Time Magazine‘s Healthland blog:

Narvaez, who will present her findings at a conference in early October, conducted three separate studies. The first compared parenting practices in the U.S. and China. Another followed a large sample of children of teen mothers who were involved in a child abuse–prevention project, and compared outcomes of various types of early parenting practices. The third examined how parents of 3-year-olds behaved toward their children.

So we have a nice broad base to start from, that’s good. The variety of studies does give us confidence about the veracity of the findings. Szalavitz writes:

All three studies suggested the same thing: children who are shown more affection early in life reap big benefits. Researchers found that kids who were held more by their parents, whose cries received quick responses in infancy and who were disciplined without corporal punishment were more empathic — that is, they were better able to understand the minds of others — later in life.

Later in the column, Narvaez neatly sums up the findings:

‘What’s been studied most is responsivity,’ [Narvaez] says, referring to the way parents respond to their babies and act accordingly, for example, noticing when they are about to cry and reacting appropriately to subtle positive and negative signals about what they want. ‘[Responsivity] is clearly linked with moral development. It helps foster an agreeable personality, early conscience development and greater prosocial behavior.”

Even behavioral research on rats bears this out. Rats raised by neglectful mothers tend to be not as fast, smart, or social as their more doted-on counterparts.

Research like this is highly important. If we are ever to cure the society’s ills, we need to know where our efforts need to be applied. Work like this confirms our already existent ideas about how crucial early development is when looked at in the context of its impact on later life.

We would also advise checking out more work by Maia Szalavitz. She is a journalist who covers health, science and public policy. She is a co-author, with leading child trauma expert Bruce D. Perry, M.D., Ph.D., of Born for Love: Why Empathy is Essential– and Endangered, (Morrow, 2010). They previously co-authored The Boy Who Was Raised as a Dog and Other Stories from a Child Psychiatrist’s Notebook: What Traumatized Children Can Teach Us About Loss, Love and Healing (Basic, 2007). Her work in the field of journalism runs the gamut from The New York Times and The Washington Post to New Scientist and O, The Oprah Magazine, among other major publications.

Source: “No Such Thing as Too Much Love: ‘Spoiled’ Babies Grow Up to Be Smarter, Kinder Kids,” Time Magazine, Healthland, 09/29/10
Image by apdk, used under its Creative Commons license.