Reforms Initiated in Luzerne County, PA after its “Kids for Cash” Scandal are Improving the Lives of Juvenile Offenders 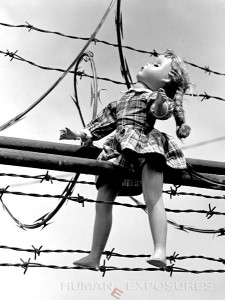 In 2009, Pennsylvania Judge Michael Conahan was sentenced to 17 years in prison on a corruption charge and Judge Mark Ciavarella was convicted of 12 counts of racketeering, money laundering and conspiracy, earning him a well-earned 28 years in the pokey. This drew international attention to their shocking “Kids for Cash” crimes.

Their conviction led to the arrest of 30 more public officials, including two state senators, a Luzerne County commissioner, a school superintendent, school directors from three districts, county officials, businessmen and others who held influential posts.

The guilty parties had participated in a $2.8 million kickback scheme connected to the construction of two private, for-profit juvenile detention centers—PA Child Care in Pittston Township and Western PA Child Care in Butler County—and the placement of 1600 youths in those facilities. In exchange, the judges received millions in kickbacks from the developers of these facilities. Many of the youths imprisoned had been charged with only minor offenses.

The “zero-tolerance” mindset of Ciavarella had been accepted and encouraged by school officials and law enforcement nationwide as the way to address all juvenile disciplinary problems, but mounting research and evidence contradicts that. In fact, it has been found to do little to mete out effective punishment, and it undermines kids’ respect for justice.

Earlier this month, the administration of President Barack Obama called for schools to abandon “zero-tolerance,” and the federal Justice and Education departments sent out letters to school districts saying the policies disproportionately affect minority students.

The Pennsylvania Supreme Court has declared that the most appropriate disposition for juveniles replaces reliance on “gut feeling to go in one direction or another” with using “evidence-based practices in making risk assessments” or science-based research to guide and inform them.

A settlement has been approved and another one is pending which set aside a combined $20 million for the juveniles and their parents and guardians involved in the scandal. In the first settlement, $17.5 million will come from defendant Robert Mericle, the real estate developer whose construction company built the juvenile facilities.

Since the crisis, almost every aspect of the state’s juvenile justice system has been overhauled. The placement rate of youths taken from their homes and committed to detention centers or other facilities has dropped to no more than 10 percent from the 20 to 25 percent.

The Supreme Court has ensured that every juvenile is now represented by an attorney. The two judges’ routinely ordered shackling defendants in court, but that is now only used when safety is a consideration.

Since 2003, the total number of case dropped to between 300 and 400, compared to 1,500, due to alternative dispositions and the use of evidence-based practices in making risk assessments.

The rules now require a judge to place on the record the reasons why, after adjudication, a juvenile is placed outside the home. Previously Ciavarella didn’t do this, so there was no record to challenge.

The changes put in place better rules for expunging youths’ records and appealing their cases, starting from the time they learn of suspected violations. The Supreme Court in October 2009 took the remarkable steps of expunging the criminal records of 2,401 juveniles handled by the two former judges and compensating the victims of the juvenile offenders.

A task force made up of volunteers from 19 organizations and court-related departments created programs to address juvenile sex offenders and juvenile fire setters and sent members to schools for forums on the juvenile justice system.

The youth outreach and prevention program that grew out of the task force worked with 39 families in the last six months, and only two of the juveniles involved were returned for placement. Another program for high-risk youth dealt with 32 juveniles in placement, and of the total 25 were returned home.

The scandal shined a light on local wrongdoings, but they are by no means isolated incidents. Marsha Levick of the Juvenile Law Center in Philadelphia said:

It’s a mistake to think Luzerne County was kind of a one-off situation. These are issues that can go on in any given courtroom across the country. Certainly there are many more conversations now going on about what it means to be a zealous advocate for kids. Those conversations have helped to eliminate the wholesale adjudication and placement of juveniles with the creation of diversionary programs that keep kids out of court In the past too many low-level offenders were “pushed into the system,” with harmful effects.

Another of the many reforms was a program used elsewhere for years: Youth Aid Panels. Comprised of volunteers who generally undergo about 15 hours of training, these panels meet with first-time, non-violent young offenders poised to enter the justice system but deemed by police, magistrate or the district attorney’s office as candidates for a gentler option.

A contract is forged between panel and juvenile, requiring three months of actions by the offender—things like letters of apology, community service, research projects or family-building efforts such as helping cook a family meal. Once someone fulfills the contract, their offense is expunged. Failure sends the child back into the court system.

We started Youth Aid Panels in June, 2011. Currently, 317 children have gone through the program, and 229 successfully completed their contracts.

For Profit Prison – The Luzerne Decision It’s been referred to as the “Kids for Cash” scandal. A few years ago Ciavarella and another ex-judge, both of whom are serving deservedly long prison sentences today, accepted money from the owner and builder of two for-profit youth detention facilities. On Grimm’s recommendation The Supreme Court dismissed the convictions of more than 2,000 juvenile offenders in which the constitutional rights of the accused were disregarded.

It’s a tragic situation that shines a spotlight on the basic flaws inherent in for-profit incarceration. It is almost universally acknowledged that in most cases incarceration is not the answer. At least not for any sort of sustainable improvement. That is an idea that is at odds with a business model whose goal is to fill rooms in those same facilities. Profit margin and effective improvement of our juvenile justice system are directly at odds in this scenario.

For profit detention facilities have become common. I’ve written about them several times on this very blog as a matter of fact.  More states are making attempts to transition to more effective long term policies – initiatives to help prevent delinquency and lower truancy rates; improvements in the coordination of youth services; and provide opportunities for community partnerships to teach youth new skills. One of the big barriers to this transition is economic, quite simply incarceration is big business.

At no point should we allow profit to trump the needs of our communities and their youth, but all too often it does.