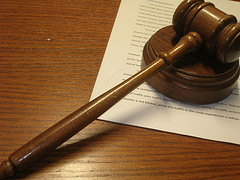 A Washington State Senate bill to automatically seal court records for juveniles guilty of all but a handful of heinous crimes rolled through the state House and picked up momentum during Senate hearings. It has the worthwhile and compassionate intention of preventing people from marring their permanent records through youthful misjudgments.

The concept was so appealing, in fact, that lawmakers were willing to set aside issues like government transparency, court accountability and even the declaration of Washington state’s constitution that: “Justice in all cases shall be administered openly.”

Proponents of H.B. 1651 have cited instances in which young adults were denied jobs, housing or college admission when background checks uncovered things like drug infractions, thefts or assaults on their juvenile records. One young woman, now a law-abiding military wife, told legislators she has been unable to find current employment because she committed a theft when she was young.

Teens and young adults who have behaved themselves are already entitled to request the clearing or sealing of their juvenile records, but this requires knowledge of the opportunity and the following of several steps to do so. Today, the reach of the Internet creates urgency for doing this effectively.

A Seattle legal project now coaches juvenile offenders on how to navigate the court system to have their records cleaned up. The very need for this training exposes the fact that different people have varying levels of access to this potential remedy.

The original House bill would automatically seal virtually all records for juvenile offenders, from the point of arrest onward. But in an amended bill, senators, address the problem of unequal and inconsistent administration of the process for sealing records. Under the pending senate version, courts will administratively schedule opportunities for offenders who have turned 18 (and met all the terms and costs of their court sentences) to apply to have their cases sealed. They will be able to do this without appearing in court or hiring a lawyer.

An editorial in the Everett, WA Veterans’ website Herald.Net declares:

We live in a time when win-win solutions are disparaged, and compromise is viewed as a dilution of virtue. Champions of H.B. 1651 no doubt believe they are pursuing a great good by shielding young offenders from long-term consequences. The Senate action shows the problem can be addressed incisively, effectively and without undue harm to our state’s fundamental principles.

At present, in Washington, juvenile court records do not automatically disappear when a person turns 18. In fact, almost all of his or her juvenile records remain open for the public to view, unless they ask a court to seal them. The person must meet certain requirements to be eligible to have his or her record sealed. Eligibility depends on such factors, as the seriousness of the juvenile offense, the amount of time that has passed since their most recent conviction and the existence of any pending criminal matters.

Type A felonies certain to remain unsealed include murder, rape, arson, kidnapping, possession of an incendiary device, armed robbery, assault with a deadly weapon, child molestation and other sex crimes.

As things stand today, the official juvenile court file is physically kept in the court clerk’s office in the county where the juvenile court matter took place. A record of one’s juvenile court case, from arrest through the disposition, is also available to the public on the Washington State Court’s website.