Put on by the Greater Minnesota Housing Fund (GMHF), a photography show called “Portraits of Home II: Veterans in Search of Shelter in Greater Minnesota” uses art and documentation to put human faces to the tragedy of our street population. The attitude and the ethical concepts behind the exhibit are stated on the GMHF website:

Art, especially photography, can be a powerful tool for increasing public awareness of the affordable housing crisis facing people in Greater Minnesota. Photographs personalize the human impacts of poor housing conditions and homelessness. They capture the dignity and resiliency of people managing everyday life with few resources and the positive changes that can occur with stable housing. Greater Minnesota Housing Fund is making this compelling exhibit available to local communities throughout 2009 and 2010 in order to touch the hearts and minds of policymakers, local leaders and residents, and to inform these stakeholders of the specific actions they can take to address the housing challenges faced by a growing number of Minnesota families.

The show seems to be doing a good job of generating discussion of the issue. Currently at Winona State University, it was written up in the Winona Daily News:

Ruth Charles, a WSU professor, helped coordinate the event. She hopes the exhibit serves as ‘a piece of education’ and ‘makes the connection’ to viewers that all too often troops are not supported when they return home.

The photos capture an ‘incredibly important piece of history,’ especially right now, as ‘we’ll have a tsunami of veterans coming back to the states’ from Iraq and Afghanistan, said Stormi Greener, a freelance photographer whose work is on display in the exhibit.

One veteran whose photo appears in Minne Hall was deployed to Iraq for 22 months, during which time the house he had been living in was sold. Photographer Brian Lesteberg captures the veteran sitting in the open trunk of his car, where he has been living for more than three months.

We obviously believe in the power of art, image and narrative as catalysts for change. Just take a look at our published offerings. It is said that “a picture is worth a thousand words,” and, in cases like these, we’d say that it’s certainly true. You can quote the dismal statistics of the situation, or you can show someone a picture of a child living on the streets. All too often, it’s the image that catches people’s attention first, and that’s why shows like this one are vitally important.

Take a look at Susan Madden Lankford’s downTown USA: A Personal Journey with The Homeless, or Deborah Luster‘s “One Big Self” to see how much humanity can be communicated by a simple photograph. And, really, that is what is so often absent — simple humanity. While walking past a homeless person in the street, most people have trained themselves to look away, but that same reflex does not occur when they’re looking at photos. We would wager that viewing photos like this provides the first in-depth perception of homelessness for more than a few people. 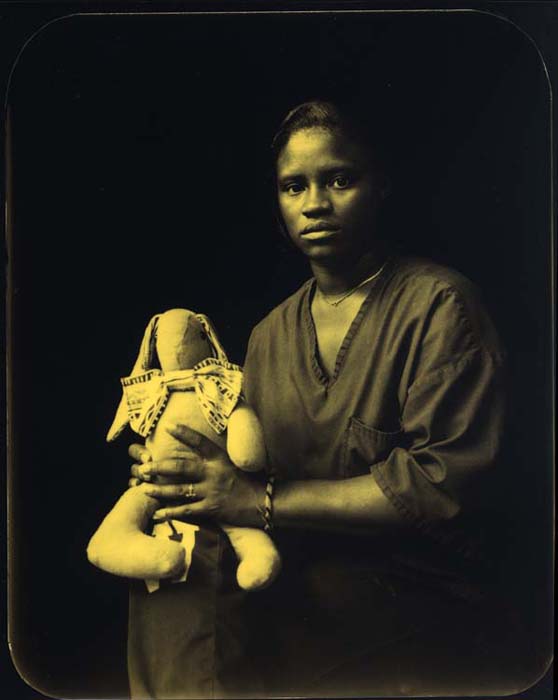