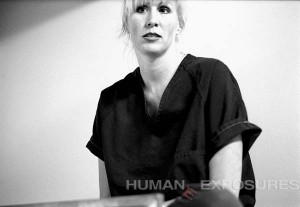 Judge Michael Tynan’s fourth-floor courtroom in downtown L.A.’s Criminal Courts building is in our spotlight today. It’s a room that’s usually packed with people that are often discarded by society: the addicts, the mentally ill or disadvantaged, the homeless, and, more recently, the female parolees.

Victoria Kim, a reporter for The Los Angeles Times, writes:

For this, we applaud Judge Tynan. One of the biggest flaws of the current system is that it’s like an over-the-counter medicine that treats the symptoms but often not the ailment itself. This pattern of issues has an amazing impact on the lives of those who experience them firsthand, almost always to their own detriment as well as the society’s. Tynan has a solid understanding of this, and has steadily worked to address these social ills.

Kim brings us a thumbnail view of Tynan’s most recent program, a three-year-old effort that aims to help transition women inmates to appropriate treatment rather than use traditional incarceration:

Since 2007, Tynan has been running the Second Chance Women’s Re-entry Court program, one of the first in the nation to focus on women in the criminal justice system. Through the court, women facing a return to state prison for nonviolent felonies plead guilty to their crimes and enter treatment instead.
Although women make up only a small fraction of prison inmates, their numbers have been climbing for decades at a far steeper rate than men’s. Women are also more likely to be convicted of nonviolent drug or property crimes motivated by addictions or necessity.

As a publisher, we have examined these underlying factors and their influence on the individual and on society. Our award-winning documentary, It’s More Expensive to Do Nothing, addresses them, and looks at both the social and financial cost of not going after the root causes.

Tynan’s work is yet another proof that our assertions are correct. The women in this program are housed in a Pomona drug treatment facility for women called Prototypes. If accepted, the women live there for six months while their schedules are filled with job-skills classes, therapy, support-group meetings, and  chores. Incarcerated mothers and their children are reunited, and the mothers both undergo counseling and attend parenting classes. Pretty comprehensive, isn’t it?

Let’s take a look at Kim’s article once more and evaluate the cost factor:

The treatment, currently funded through a grant from the California Department of Corrections and Rehabilitation and donated services from Prototypes, costs about $18,000 for each woman per year. But compared with keeping them in prison and their children in foster care for years, the state is saving millions of dollars, the program’s organizers say.

All of our studies indicate that this is not a fluke, but rather is representative of the savings that can generally be attained once a more proactive social stance is adopted. In short, if we fix the societal ills that lead to incarceration or recidivism directly, it will have more impact for less monetary expenditure than simple imprisonment. Remember, it really is more expensive to do nothing!

Visit Us on Facebook: Humane Exposures Publishing, downTownUSA, Maggots in My Sweet Potatoes, It’s More Expensive To Do Nothing.