National data show that 44 states have reduced the number of youth in residential placement and secure detention and are increasing community-based programs because they cost less, decrease reoffending and improve youth and family well-being.

A study authored by Kristen Staley and Michelle Weemhof, staffers at the Michigan Council on Crime and Delinquency (MCCD), titled There’s No Place Like Home: Making the Case for Wise Investment in Juvenile Justice, declares:

Within the past decade, the state has transformed its juvenile justice system away from harsh, punitive treatment into one celebrated for innovation and effectiveness. Large, overcrowded public institutions have closed, and the responsibility of treating and placing delinquent youth was shifted away from the Michigan Department of Human Services and put onto the counties—a change most states are striving to achieve.

Michigan is among the states experiencing a decline in out-of-home placement, the report said. The state’s Office of Juvenile Justice and Delinquency Prevention estimates that, at its peak in 1997, Michigan sent 3,711 youth in residential placement, but as of 2011, the federal estimate hovered near 2,000 youth in placement

Michigan counties are focusing more on community-based options, like electronic monitoring and family therapies that treat youth while they stay at home.

Although the signs of progress are encouraging, the reconstruction of Michigan’s juvenile justice system is far from complete. Little statewide infrastructure exists to support counties as they implement and sustain their community-based models.

This systemic gap, coupled with Michigan’s recent economic downturn and drastic budget cuts, has begun to dismantle recent successes. Years of progressive reform are threatened, costs are driving up, and youth, their families and communities face increased risks if the system fails, the researchers say.

Youth treated with punitive, non-therapeutic programs are 70 to 80% more likely to be rearrested, and 60% of youth served out-of-home return to custody within three years of release.

Over the past three years, increased use of community-based programs, such as in Oakland County—has saved Michigan $33 million. Prioritizing community-based services can save an estimated $1.7 million to $2.3 million per child.

The study learned that 86% of families with youth in the juvenile justice system want to be more involved with their child’s treatment, but most experience barriers to participating when their children are placed out-of-home.

The Oakland County Youth Assistance group, which runs 26 county programs, conducted a study that found that 92% of its kids didn’t recidivate.

The OCYA’s chief, Mary Schusterbauer, found that despite county and local budget cuts:

The earlier you intervene, the better. Sometimes a shoplifter is not just a shoplifter, for example. Our whole mission is keeping kids out of the court system and into their own homes.

In neighboring Wayne County, which adopted the more localized system of juvenile justice and care in 2000, the MCCD study showed recidivism rates dropped from 56% in 1998 to 17.5% in 2012. The successes were also shown in other counties too, according to the study. The delinquency rate decreased 77% from 1998 to 2012 in Midland County and 38.5% in reoffense rates in Berrien County.

There are similar results in New York City, which has a population of more than 8 million, where Gov. Andrew Cuomo last year signed into law a program called Close to Home, aimed at keeping kids closer to their families instead of sending them to upstate detention facilities. 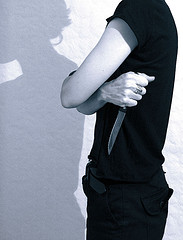