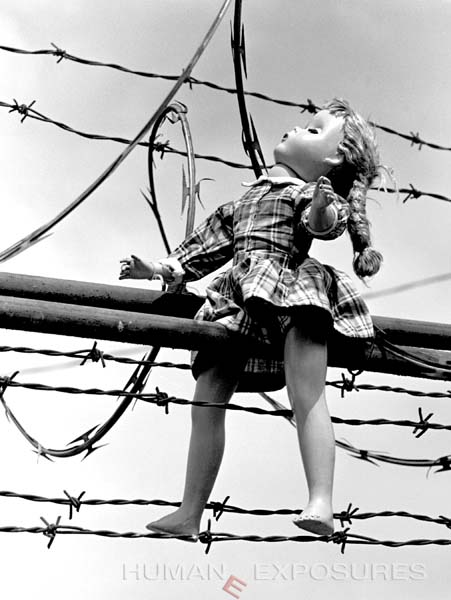 Having a parent in prison is a hard to bear for a child, I think we all can agree on that. Is there a way to quantify the effect this can have on a child’s social development though? It’s an important question because of the sheer number of children it affects.

Julie Poehlmann, a professor at the School of Human Ecology and investigator at the Waisman Center at the University of Wisconsin-Madison, estimates that 1.7 million (about 2.3%) children across America have a parent in prison. A truly staggering number.

David Tennenbaum, a freelance writer, recently published a piece on the University of Wisconsin website, in which he interviewed Poehlmann on the subject:

Although a definitive cause-and-effect relationship has not been established, children of incarcerated parents tend to have more arrests, and more problems with behavior, relationships, school, and substance abuse. ‘It’s all the things you would expect,’ says Poehlmann.

Problems are particularly acute when the mother is in jail or prison. ‘It’s more likely that the child will move out of house, and be placed with grandparents,’ she says. ‘They are more likely to change schools and have a higher risk of substance abuse, and the father is also likely to be incarcerated.’

Bleak, but not unexpected. A child with an incarcerated parent is at a pronounced disadvantage compared to his or her peers in many ways. There is possibility of mitigating these circumstances though:

Poehlmann, who has studied mothers, substitute caregivers and children in Milwaukee, Racine, Green Bay, Beloit and other parts of Wisconsin, finds that a strong, close attachment with the alternative caregiver can mitigate the harm of incarceration.

Since it is during childhood that we shape the adults of tomorrow, this is a subject of no small gravity. Do you have experience as a parent, child, or caregiver in this sort of situation? If so, we would love to add your perspective to the conversation, please leave us a comment and let us know your thoughts.

Source: “Research examines the price of prison for children,” University of Wisconsin-Madison News, 08/09/10
Image copyright Susan Madden Lankford, from the book “Maggots in my Sweet Potatoes: Women Doing Time.” Used with permission.
Visit Us on Facebook: Humane Exposures Publishing , downTownUSA, Maggots in My Sweet Potatoes, It’s More Expensive To Do Nothing

Jenifer Goodwin, HealthDay Reporter for BusinessWeek, recently wrote about a study published in the July/August issue of the Child Development journal that explores this issue within the context of the September 11th tragedy. Goodwin writes:

Kids whose mothers struggled with post-traumatic stress disorder (PTSD) and depression after the 2001 assault on the World Trade Center were more likely to have behavioral problems three years later than children whose moms coped better with the attacks, the researchers said.

This is in line with the work of Dr. Bruce Perry, which we’ve discussed on this blog. Just as with his work, we find that the mental stress undergone by the parents communicates itself to the children. This indirect trauma is a powerful force. Goodwin continues:

‘With young kids, you have two possible sources of trauma: what they experienced directly, and how they react to the impact on their mother from what she experienced,’ said lead study author Claude Chemtob, director of the Family Trauma Research Program at New York University. ‘What we learned was, in fact, that if the mom’s experience with 9/11 led to her having depression or PTSD, it had more of an impact than whether the kids saw it or not.’

Katherine Muller, assistant professor of psychiatry and behavioral sciences at Albert Einstein College of Medicine in New York City, points out that while the findings related to the PTSD and depression are interesting, there is nothing in the study to directly link those ailments to the terrorist attacks. This does not demonstrate the lack of usefulness of the data, simply the lack of a measurable connection with that tragedy as opposed to other traumas. Goodwin quotes Muller as saying:

‘The value is there is more evidence that when moms have these two conditions at the same time, there is some impact on the kids, whether it’s related to 9/11 or an earthquake or even more personal experience of trauma such as domestic violence or abuse or a car accident.’

With the violence that can erupt in an urban setting, it is hardly surprising that opportunity for trauma would be greater in the low-income areas. Whether it is that sort of trauma or something more disturbingly prosaic — such as child abuse or neglect — the effects are lasting.

The escalation of behavioral problems in these cases is a symptom of a missed opportunity, the opportunity for the children to truly realize their potential. The seeds of our societal future are sown in the homes of our children.