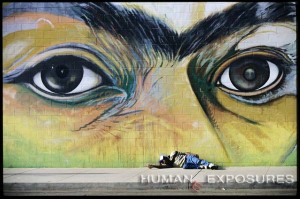 Our very own Susan Madden Lankford was recently interviewed on Poverty Insights. For those unfamiliar with the website, here is a synopsis from its history page:

On September 21st, 2004, PATH Partners CEO Joel John Roberts founded LA’s Homeless Blog, the first blog to offer commentary solely focused on homelessness issues as they unfolded locally and nationally. Five years later, his blog has reached over 700,000 unique readers, has been featured in national media such as AOL/Netscape and Affordable Housing magazine and was ranked as one of the top homelessness blogs by The Daily Reviewer.

That was the first phase of the website’s evolution. Having experienced such amazing success, Roberts decided to expand the operation and extend the conversation:

To encourage more extensive dialogue around the issues of housing, poverty and homelessness, LA’s Homeless Blog has expanded to become Poverty Insights. The new format still features regular commentary from Joel John Roberts, but now also includes the perspectives of experts and community members throughout the United States. Our contributors’ diverse insights promote discussion, debate and the creation of new tactics to end homelessness.

Cali Zimmerman, the Communications Coordinator for PATH Partners, penned the article which ran in Poverty Insights on September 2. Her exploration of Lankford’s work begins with a mention of a tragic accident that has occurred almost two decades ago:

Four local teenage boys got high and were involved a terrible car accident right outside her family’s property in San Diego. All of the boys were students at her daughters’ high school. One of the boys died in the accident.’It was a harsh reality as a young mother with three girls. This was their high school,’ Lankford said. ‘It took me into very sharp focus internally.’

This change in mindset was followed by an unexpected event that has influenced the course of Lankford’s work to this day:

At the time, Lankford was a commercial photographer. Not long after the accident, she went to an old, empty jail with the thought that she might use it for some commercial shots. To her surprise, several homeless people followed her into the jail. Remembering her decision to get more involved with the issues in her community, Lankford struck up a conversation with her unexpected visitors.

‘They wanted to know if I was working in the jail,” she said. ‘I let them take me to the streets, and I ended up spending three and a half years photographing and interviewing homeless people.’

And quite a three and a half years it was. Lankford hired a guide from amongst the homeless, a man named Jed, who showed her the vastly different character that the well-known street corners can adopt in the small hours of the morning. Her path has led her through streets and shelters, at all hours of the day and night, until reaching a culmination point in San Diego’s Balboa Park.

The article gives a solid synopsis of the events and experiences that have led to the publishing of downTownUSA: A Personal Journey with the Homeless and her subsequent work (available on our main website). Zimmerman also notes one crucial distinction that Lankford’s work lays claim to. When the issue of homelessness comes up, the almost universal response is “shelter.” It seems logical and sensible, but is it really the most effective starting point? Lankford’s time amongst the homeless indicates otherwise:

During the time she spent putting the book [downtTown USA] together, a huge percentage of the people Lankford interviewed repeatedly entered and exited jail, yet many could not be convinced to enter shelter. That fascinated Lankford, and was a major source of her desire to continue conducting interviews and complete her book.

‘That’s really where my interest lies,’ she said. ‘We need to tap into all types of homeless individuals. How do we do that? There’s a lot more to it than just providing a shelter.’

Please take a look at the article. Not only will it give you more insight into the work of our esteemed photographer, but it will also introduce a wonderful website into the bargain. 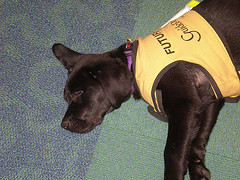 Joel John Roberts is the CEO of PATH Partners (an alliance of agencies that deal with homelessness), as well as the author of the book titled How To Increase Homelessness. He is also the publisher of Poverty Insights, a national online journal on homelessness, housing, and poverty, and he covers the “LA Homelessness” beat for Examiner.com.

Roberts brings us news of the results of a lawsuit that’s been filed in mid-July of 2009. The suit was brought by the Housing Rights Center (HRC), and presented under the Americans with Disabilities Act, the Rehabilitation Act, and the  Fair Housing Act.

The issue? The ability of the disabled homeless to bring their service animals into shelters.

‘It’s a serious and systemic problem,’ commented Michelle Uzeta, Director of Litigation for HRC. ‘These shelters put people with disabilities in the impossible position of having to choose between the service animals that provide them with needed disability-related assistance and the ability to access emergency shelter services.’

Recently, a settlement occurred with the Los Angeles Homeless Services Authority (LAHSA), the joint city and county authority on homelessness that directs all LAHSA-funded agencies to provide reasonable modifications to their policies and facilities for homeless people with service animals.

While the critics cite a variety of objections to this mandate — including disruption of the shelter environment — from a legal standpoint, is seems that the issue is settled. There is a disproportionate percentage of the homeless that are physically or mentally disadvantaged, and a number of them rely on service animals to function on a daily basis.

What do you think? Seeing-eye dogs are allowed on public transportation, so should they be allowed into homeless shelters? Should other service animals have a place in these environments?