I recently watched and thoroughly enjoyed all 13 episodes of Netflix’s new women-in-prison drama, Orange is the New Black based on Piper Kerman’s book about her time in federal prison. I thought the many characters were richly portrayed, the well-written episodes were compelling and dramatic, and the series focused on many of the issues that plague incarcerated females.

I also greatly enjoyed the first two seasons of the excellent British incarcerated women series Bad Girls. You can see the powerful 10-episode first season on Netflix, and many scenes are free on YouTube. There have been 106 episodes broadcast in Britain from 1999 to 2006. The series features 50 disparate female characters. A stage musical version ran briefly in 2007 and is available on DVD. Bad Girls won 10 major British awards, including Most Popular Drama, Best Loved Drama, three Best Actresses and a Best Actor. In Britain, population 60 million, several episodes attracted more than 9 million viewers. It has aired in many countries, including Montenegro, Finland, New Zealand and Georgia. It has been reported that Oscar winner Alan Ball (American Beauty, Six Feet Under) is adapting an American version of Bad Girls for HBO.

In the American series, Orange is the New Black, there were many minority and lesbian characters, an elderly prisoner and even a transgendered inmate. Both series dealt with mental illness, drug abuse, chronic disease, prison rape, sex for favors, abusive and manipulative guards and other pressing issues. Bad Girls dramatized prison pregnancy and childbirth. Both series have mother and daughter prisoners.

In the first harrowing season of Bad Girls, a pregnant prisoner miscarries in her cell, an inmate is viciously strip-searched by fellow prisoners for concealed drugs, and bullying drives another prisoner to suicide.

Both series dramatize that women’s prisons are terrible, often inhuman places. In 37 U.S. states, today, women can still be shackled during labor and delivery.

According to the Women’s Prison Association

Women in prison face challenges different than those faced by men in prison, and female incarceration tends to treat the sentence inflexibly. For women, sentence is a sentence, whether or not there are children waiting for the mother outside.

According to The Sentencing Project, Oklahoma incarcerates more women per capita than any other state, with 130 out of every 100,000 women in prison, whereas Maine locks up only 21.

Women in prison (59 percent) are more likely than are men (43 percent) to have chronic and/or communicable medical problems (including HIV, Hepatitis C and sexually transmitted diseases). Nearly three-quarters (73 percent) of women in state prisons in 2004 had symptoms of a current mental health problem.

This country is notorious for not granting compassionate release to prisoners with terminal illnesses who are elderly and are dying and denied to die at home. 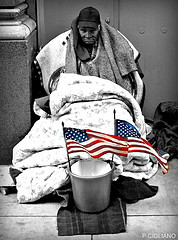 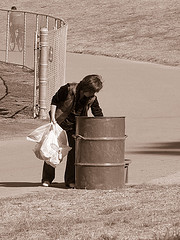 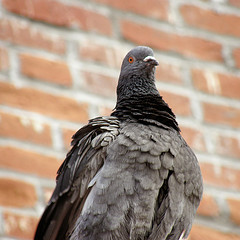